Following the success of the English Wedding Infographic we released earlier this year, here at The Wedding Secret we’ve decided to take a closer look at statistics from our local area, next up, the South West!

The largest of nine official English regions, amongst others, the South West spans Gloucestershire, Somerset, Cornwall and Devon, and contents four world heritage sites! This part of the country is famed for its historic towns, rolling countryside, and areas of natural beauty – no wonder it’s a popular spot for weddings!

Further Reading: If you’re looking to get married in Bristol and the South West, browse our selection of venues here

(Data has been gathered from the office of national statistics)

In the last statistical year, there were 27,923 marriages in the South West of England. 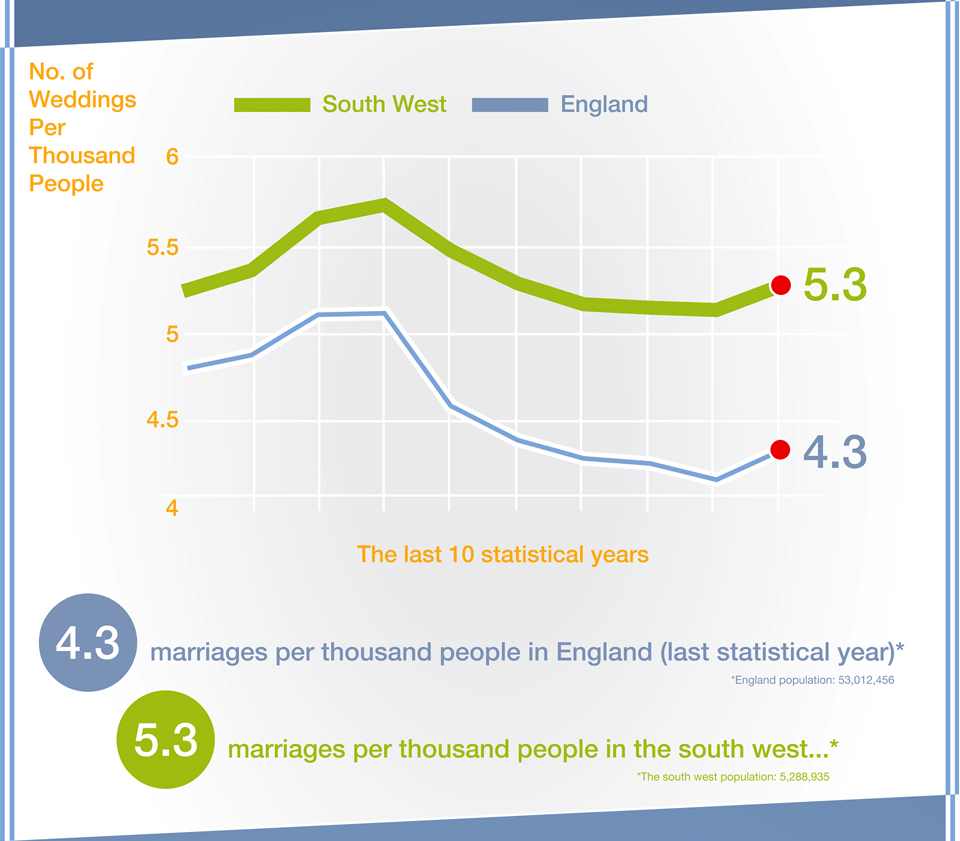 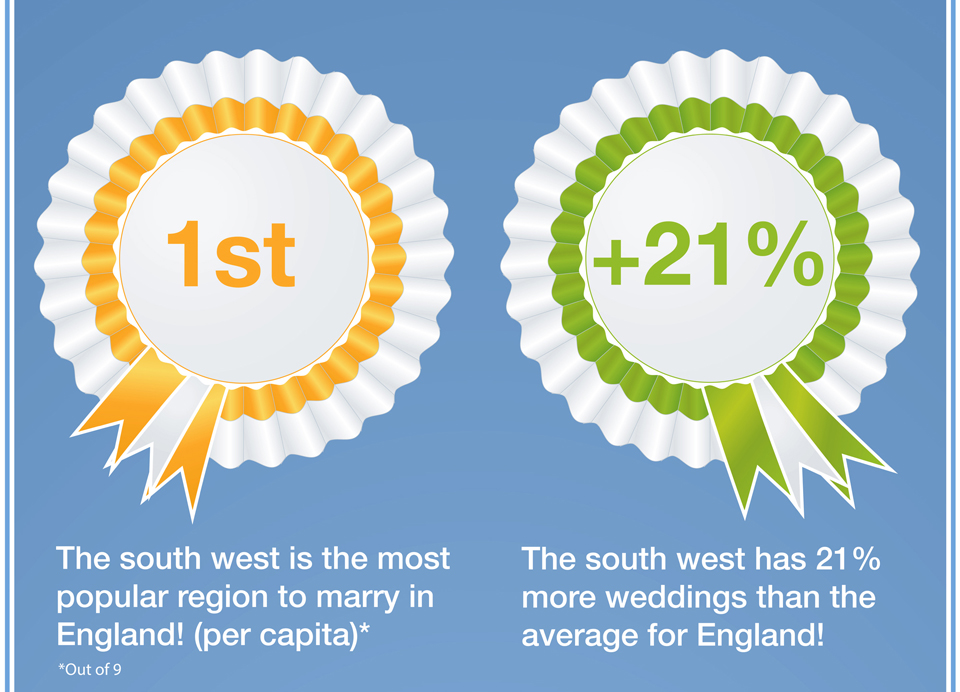 This makes The South West the most popular region to marry in England, with 21% more weddings than average.

The most popular place to marry in the South West is Bath & North East Somerset, with 7.07 marriages per thousand inhabitants (compared to the English average of 4.3). The least popular area is Swindon.

This is most likely down to Bath’s stunning architecture and large selection of beautiful wedding venues. 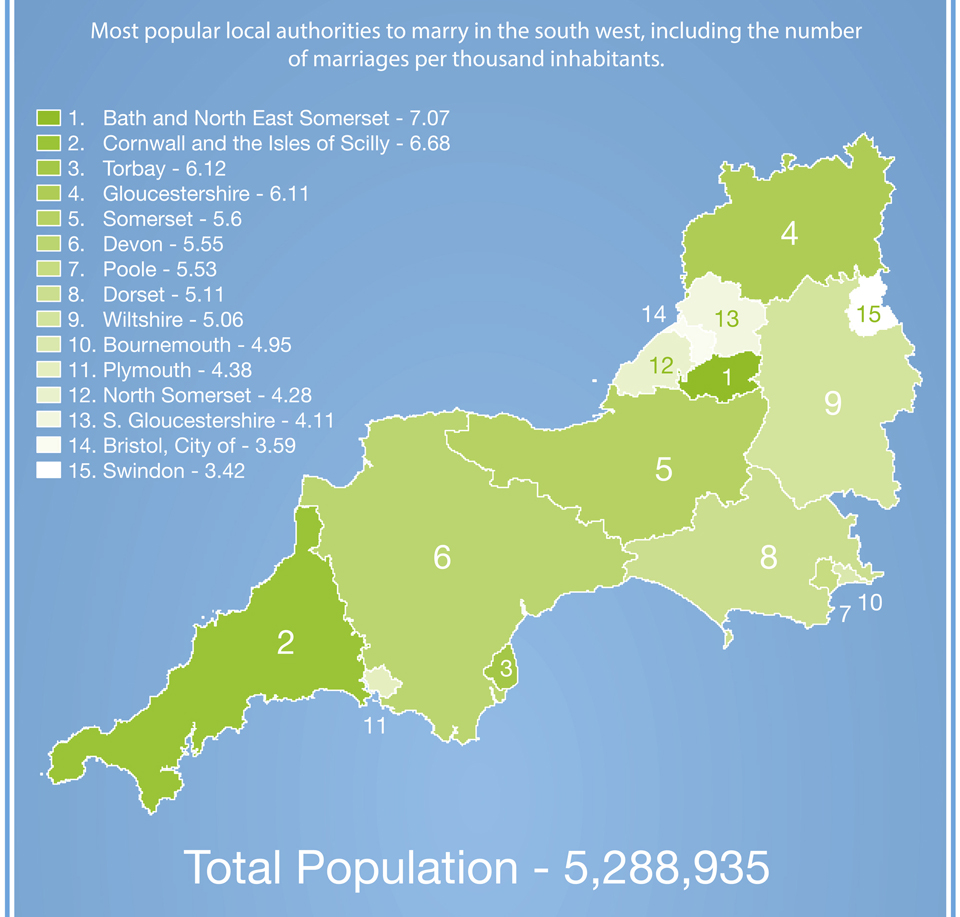 South West England conducts 2% less civil ceremonies then the English Average, suggesting that this area of the country is slightly more religious. 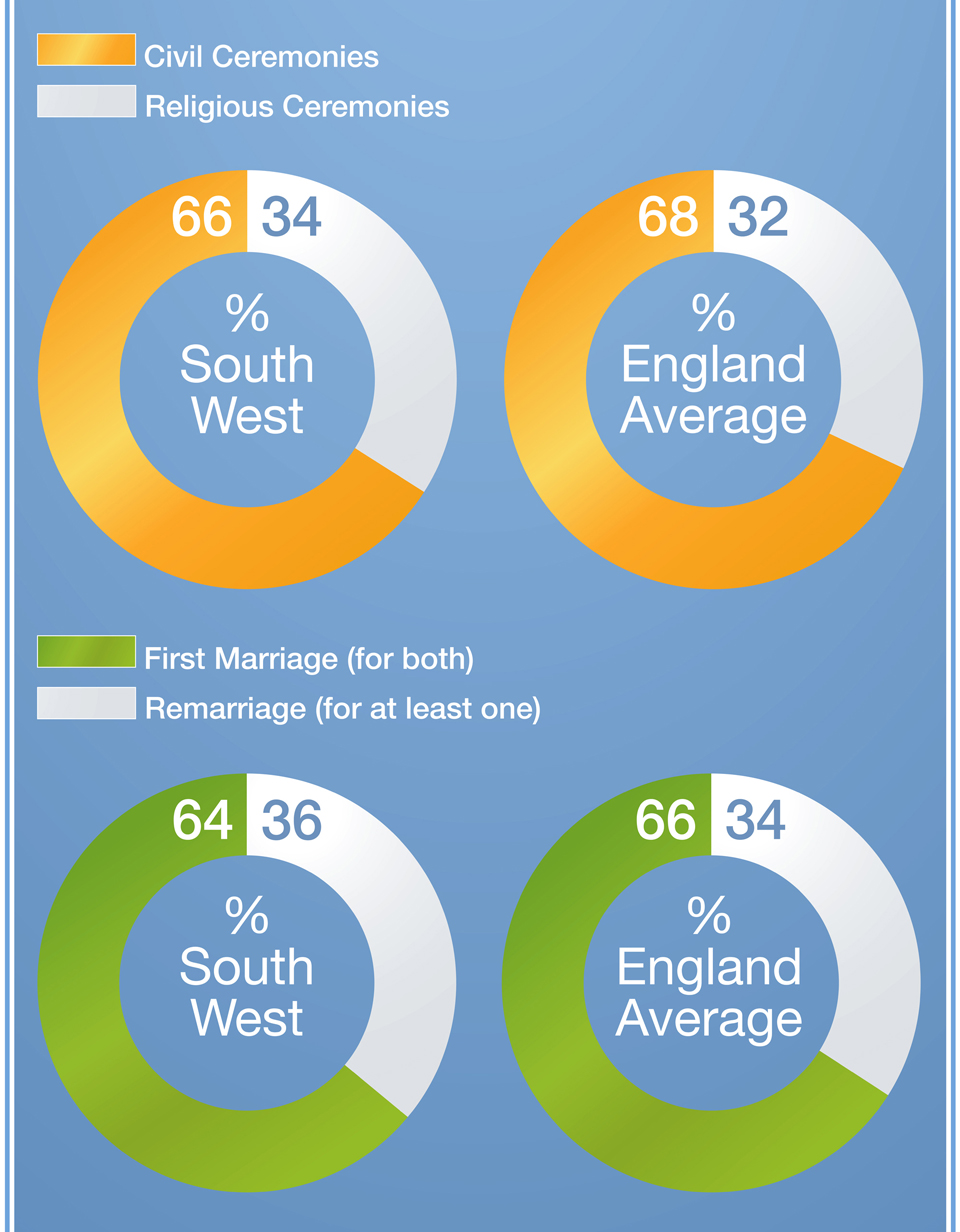 The South West has a 2.4% higher population of married couples living in the area, and 3.5% less single people. 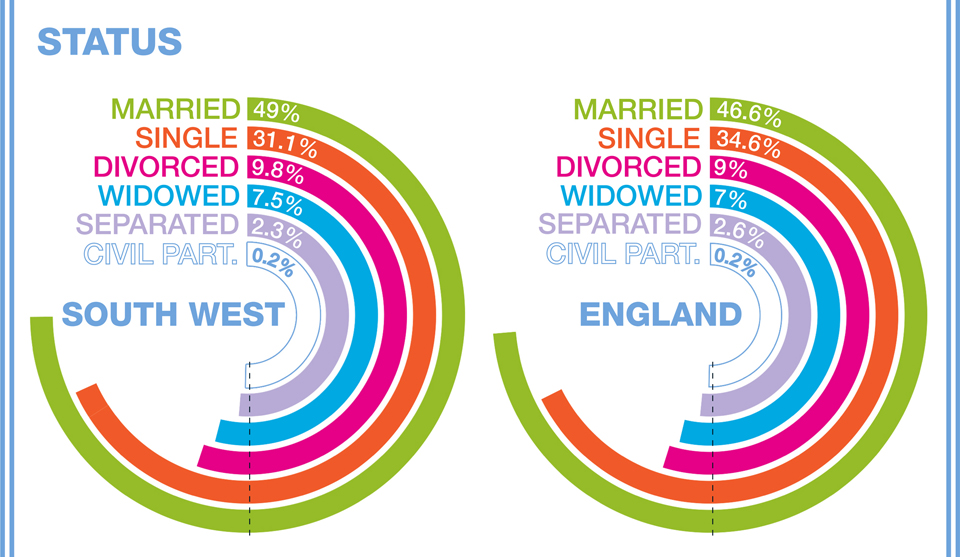 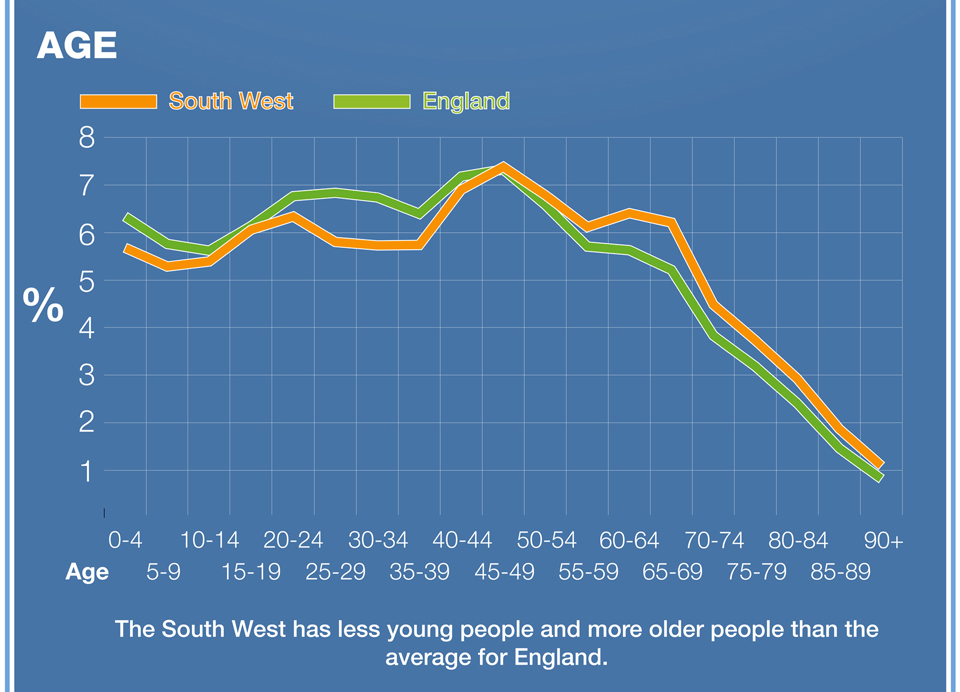 Please Share! If you liked some of the statistics and information that we’ve shared with you, then please help spread the word. You can view the original infographic here, or click one of the social media icons